The last weekend of June had finally arrived! For some it was pay day, but for 40+ anglers, it was the Donnies Monster Carp Challenge! A very exciting competition with the prospects of serious cash prizes and the possibility of catching a monster Carp! Donaldson Dam Bottom Lake is known for some big Commons, a few good looking Mirrors and a handful of super Grass Carp! This venue is a favourite amongst Specimen Anglers -you never know what will land in your net.

The anticipation was high, the temperatures were low. Friday morning the teams rolled up, eager for the peg draws. If the first event in November 2018 was any indication, this competition is 50% peg draw. In the weeks before this event, a number of 20+kg carp were caught by social anglers. However, with competitions like this, it is truly anybody’s game. The swims were marked by the organisers with a 40m swim per peg, 4 rods per peg, maximum of 3 anglers. Boats, bait boats and drones allowed. Standard Specimen rules applied. Common and Mirror Carp 7kg minimum.

What was up for grabs? 20 pegs competed for a whopping R10k for the first 20+kg Carp, R40k for the biggest carp, and R20k for the heaviest bag of 4 carp combined. With lots of hampers and prizes! After an enthusiastic opening and peg draw, the teams set off to their pegs to set up. At 12:30 the start of the competition was announced by a hooter. And off the teams went! One by one the lines went in. Now the wait began.

It was only by 8pm that Shane from Team Carpportunity on peg 8, landed the first carp of the competition, a beautiful 8.66kg, giving them a decent head start and the prize of first carp landed. The evening gave only 2 non-weighers for the entire lake. Early the next morning, Anthony from Team Carp Whisperers on peg 6 landed a stunning 12.92kg fish to push them into the lead.

The day was spent scratching heads to find the bait and carp for most of the pegs. The weather was clearly not in the anglers’ favour. Most of the anglers made the best of the last night and put the rods out for the last time. No other catches were reported until 9pm, a stunning 16.43kg landed by Micheal from Team Spartan on peg 7, a new biggest carp! Shortly after, Johan from Team Carpportunity on peg 8 landed a stunning 14.22kg carp. Pegs 6, 7 and 8 were on fire!

Then by 2am, Danie from Team Carp Culture on peg 20 landed a solid 17.62kg Carp, rearranging the leader board again – a new biggest carp. By 4am, Anthony on peg 6 landed another decent catch of 12.47kg. Then just in the nick of time, with 15mins to go before the signal of the end of the competition, Peg 8’s Johan landed a beautiful 9.44kg leaving them with 3 catches and another prize for last carp landed.

The end was in sight. It was a brutal competition. Line pressure had a big influence, especially on a lake of this size. Only 7 of 9 carp that were caught, qualified. It was freezing, cold and a very difficult competition. Despite a tough competition and many anglers hitting blanks, the anglers stayed for the prize giving to support the anglers that performed very well under the difficult circumstances. A few lucky draws helped soothe the pain of blanking for a lucky few teams.

Team Carp Culture, Danie Claasen and Stephan Swanepoel won the first prize for the biggest carp with a cash prize of R40k and a hefty hamper filled with amazing goodies. The first and last fish landed prize went to Team Capportunity, Johan Conradie, Shane Kruger and Ben van der Merwe. Unfortunately, the bag of 4 carp was not caught, so the prize will be carried over and added to the next competition planned later in the year on 1 November. However, because the total of 4 fish per bag was not caught, team Carpportunity with the closest to 4 fish caught, walked away with an extra prize of R5000 and a hamper from Ben’s Corner.

A special hamper was given to Team Sable Carp of Henro Badenhorst, Jacques Pretorius and Rayno Kotze for travelling all the way from the Cape to participate in the event. They surely are eager Specimen Anglers to make such a far journey!

This event has surely showed some of the best Specimen Anglers who is boss. Only 4 out of 20 pegs managed to land weighing fish. Thankfully they are a great bunch of anglers and will return with a vengeance for the next competition, working even harder to land a Donnies Monster Carp. We all know there are monsters lurking in the Donnies waters. Maybe with November’s challenge we will see those monsters! Interesting changes to the next challenge is coming up, make sure to keep an eye out for the announcements!

A big thank you to the organisers Wayne Goosen & team for another tough but fun event! Donnie’s Monster Carp Challenge Summer Edition will be on 1 – 3 November 2019. Contact Wayne at 066 247 0768 for more information.

Herewith link to the video.

B. Fishing is a family affair

CARP FISHING: How To Boost Your Baits

SPECIMEN CARP FISHING: 1 Pitbull and I … turned into … 2 Pitbulls and I!

B. Fishing is a family affair

CARP FISHING: How To Boost Your Baits

SPECIMEN CARP FISHING: 1 Pitbull and I … turned into … 2 Pitbulls and I! 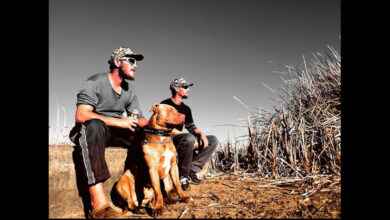 ON THE BIG CARP BANK WITH MOLLI & WORS 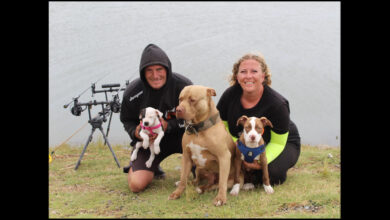 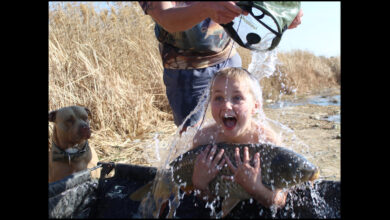 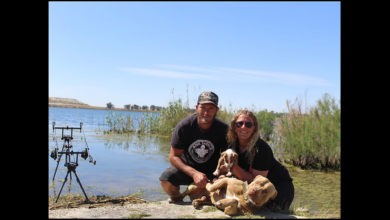