On the 4th and 5th May the first SABAA Small Craft League Inter Provincial competition was held at Mearns Dam near Mooi River in KwaZulu Natal. There were 50 anglers from three provinces that took part including 11 from Gauteng’s Float Tubers, 20 from KZN Small Craft Bass League and 19 from Western Cape Small Craft League.

The entire event was held at Fountain Hall Guest Farm, a venue that the KZN SCBL has made use of a few times before and what a place it is!

Leading up to Competition weekend

The weather in the week leading up to the pre-fishing cut off was nothing less the disastrous. The same storm that flooded parts of Durban also dumped a lot of rain in the Mooi River area raising the water level to 115% at one stage, which didn’t help the guys that went there for pre-fishing even though the water level was on its way down at the cut off weekend. The damage was done with cold muddy water flowing in and that resulted in a very tough pre-fish.

Arrival of the teams

For the WP team the trip started sooner than the other teams. Two of the teams (JC Maritz and Richard Blair) decided to go up early to pre-fish the venue and then spend the week fishing other dams in the area leading up to the competition. While Vaughn Harris and myself left Cape Town at 2am on Wednesday with a trailer full of the WP Teams fishing gear and arrived at Fountain Hall Guest Farm around 20:30 that night. It was a really long day in the car and we were both very happy to be there.

On Thursday the rest of the WP team flew from Cape Town and arrived at the venue in the afternoon after a quick stop at Bass Warehouse for some last minute tackle purchases. By then KZN Small Craft Bass League organiser Nick Vincent had arrived as well as Mr Pisces Predator himself, Pem Reyneke.

That evening Richard and JC braaied burgers for the WP team with Nick and Pem joining.

Every one spent the night around the fire sharing fishing stories or tactics for the weekend.

Friday morning the WP team met up in the morning to collect their team shirts, which were sponsored by Eddles Gas and Tackle, for the competition as well as a tackle hamper from Outdoors365 and have a couple group photos taken with the team shirts on. Most used the day doing final set up of kickboats and making sure they had what they needed for the next day.

The Gauteng and KZN teams arrived throughout the day and that’s when the competition vibes started with all the banter between the anglers. That evening the National Small Craft League committee was introduced to everybody there as well as having the ‘skippers’ meeting and a run-down of the competition procedures were explained. For all but the KZN anglers it was a new concept of measuring the length of your bass instead of weight. Once all the official announcements were dealt with there was the first round of lucky draws for the weekend and then everybody tucked into the boerie wors rolls that were kindly sponsored and braaied by Savage Gear.

Saturday – Day 1 of the Competition

Everyone was up early getting ready and claiming their spot along the bank. At 6am Alan Tonkin opened the registration where we signed in and received our wrist band with unique code for the day.

Just before 7am there was a final reminder to be back and signed out 5pm. And then we were off, everybody went their own way – the guys with trolling motors disappeared into the distance while the kickers made a mad dash for the nearest shore. And just like that it was time to go sign out and then get your photos ready of your biggest three fish for the day.

Some had a really good day while others struggled but the good thing about this competition was it is an Inter-Provincial so your team mates helped one another. That evening we had another social night around the fire with a fantastic spread of beef, lamb and pork roasts expertly prepared by Kevin of Fountain Hall Guest Farm as well as some vegetables sponsored by SABAA. Before we had supper Nick and Alan gave us a leaderboard update and did another round of lucky draws.

Some stats for the day:

Sunday – Day 2 of the Competition

It was the same procedure as the morning before but with a different code on the wrist band.

Today was also going to be a shorter day with a 1pm finish, so the pressure was on to catch your limit as soon as possible. The leaders all seemed to go back to their areas where they caught the previous day while others made some changes to their game plan. The fishing was a lot tougher and it showed with fewer limits caught.

Stats for the day:

SABAA’s Wessie Wessels made the drive to the venue to present prize giving and to close out the competition.

Marc Nel – helping to recover a rod of a competitor that fell in the water.

Now to announce the Inter Provincial Champions for 2018/19 season….WP SCL with average length of 161.4cm per angler*.

And with that it was all over apart from getting home. Most of the Gauteng and KZN guys pack and left after prize giving but the WP team stayed one more night and made their way home the next day.

A special thank you must go to Kevin Moody at Fountain Hall Guest Farm for hosting us at his amazing venue. As with any competition these days sponsors play a big roll and without them all the prizes that were on offer would not have been possible. The sponsors for the SABAA Inter Provincials are as follows

And last but not least to everyone who took part in the first SABAA Inter-Provincial.

Next season Inter Provincial will be hosted by WP. If you want to be part of the competition contact the organiser for the competition series in your province so you can stand a chance of qualifying for the team next year.

For more photos you can go to the SABAA National Small Craft League Facebook page.

*With this being an Inter Provincial competition that was going to be tricky with the teams being different number of competitors so it was agreed that the Province with the best average length per angler. 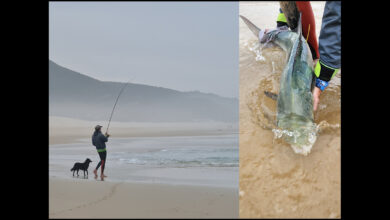 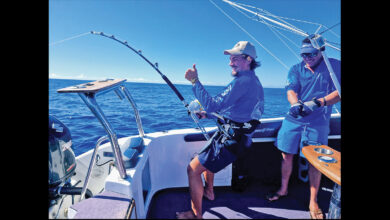 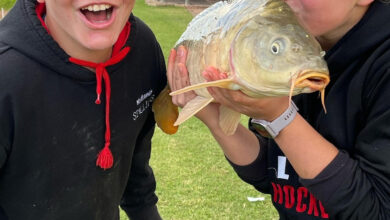 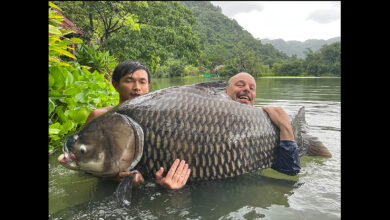