I recall my days at university, planning fishing session upon fishing session and arriving at the lake with the net still wet from the day before – the good days, when I was abundantly blessed with access to one of the most valuable assets that any specimen carp angler could have dreamt of, namely time!

It was only since I started working in the eight to five rat race that I realised how valuable time was and how hugely it would affect my fishing career going forward. I very quickly realised that I would have to start planning and using my time wisely if I was to continue landing the same number of fish in shorter periods of time. Being an avid lover of fishing big venues as well as spending some time on the smaller local city venues, I started drawing up several game plans to make the most of the little time I had available.

Let’s start by analysing 3 simple techniques which I have used to my advantage and which have enabled me to still land some very nice fish in a shorter amount of time at smaller local park venues.

Select two waters to focus on and divide them into seasons.

For instance: fish one throughout the warmer months of the year, January to April, and then August to December, and the other throughout the colder months of May to July. By limiting the amount of water you approach you will be able to strategically plan and approach it much better than you would be able to if you were jumping randomly from water to water.

This is a technique that will, without a doubt, increase your chances of not only fishing with the goal to land a fish in a quick overnight session but rather two, three or maybe even more fish in a very short period of time. The key to reaping the benefits of pre-baiting is to be consistent. You should be consistent on the area that you are baiting up, be consistent with regards to the baits you use as well as the time you approach the water.

Carp are without a doubt clever underwater cows. They will notice that a certain area of the lake is receiving a constant food source and as soon as they start to feed actively on the baited area without being hooked, the more aggressively they will start to feed. Then you pitch up a week or two later, place a trap within the safe haven that you have created to fool the carp into thinking it is dinner time, and you are now fishing on a spot where the carp know food is available as they are fooled into thinking that they won’t get hooked chowing there.

If pre-baiting is too expensive or if you just don’t have the time to pop down to your venue at least three times a week to introduce new bait to your selected spot, then you will have to be mobile when it comes to fishing very short sessions. Being mobile starts at home. Setup your equipment in such a manner that packing up and moving spots will take you not more than ten to fifteen minutes. Fish a bank stick setup rather than a pod that needs to be assembled every time, and shelter under an umbrella brolly rather than a bivvy which needs to be assembled with tensioners each time. Importantly have a ready-tied rig for each situation, ranging from a Chod for silty areas to a D- or normal hair-rig for harder bottoms.

The entire idea behind being mobile is to follow the fish to try and snag one in the short amount of time you have available and to be able to move spots quickly and as easily as possible, to where you visually see fish crashing, showing  or bubbling around on the ground.

With regards to smaller venues, the key to success in a short amount time will lie in either one of the two mentioned techniques. Bait up a spot constantly over a good amount of time – one to two weeks using quality baits, thus getting carp to feed aggressively and positively; or be mobile in order to proceed looking and hunting for the carp by using your senses and moving around the lake as the fish do.

With regards to fishing big venues I recall thinking to myself that I would need at least five to seven days leave in order to make traveling 400km and the effort of setting up camp for the harsh South African conditions worth it. I met two specimen anglers who at first I thought where two absolute loonies, but turned out to be the most valuable people I could have ever met in my specimen career. Jan is a lawyer and Devin is in construction, and neither is afraid to travel four to six hours on a Friday afternoon to their favourite venue and back on Sunday morning after reaping the rewards of very big fish in a very small amount of time.

Totally convinced that these guys are slightly mad, I decided to join them on a 48-hour weekend trip to the amazing Tzaneen Dam in the heart of Limpopo roughly 400km away from our home town in the west of Johannesburg. It was on this trip that I discovered what wise men they actually are and picked up on their techniques for successfully angling big water in a short amount of time.

It might sound silly but the first thing they proceeded to tell me is to alter the manner in which I think about the time I have available, especially the time a weekend offers. You could either do the same old things, such as being stuck in traffic for hours after which you go out or have a braai followed by mowing the lawn on a Saturday and lyingon the couch the entire Sunday, or you could put in the effort and reap the rewards of spending your weekend in a relaxed, tranquil environment doing what you love the most, namely fishing.

Now that you’ve plucked up the courage to travel to your big water spot the second tip would be to keep the fishing as simple as possible – do not approach big, wild lakes with fancy rigs and baits that fish need to get conditioned to such as pellets or boilies. I am not saying that you won’t get fish using these techniques but given the short amount time you have, it is wise to stick to something simple and as natural as possible. I would recommend a simple particle mix fishing a large tigernut, topped with fake maize on a simple hair rig. I would also recommend using natural attractants such as sweetcorn or peanut butter to give your hookbait the edge. The beauty of fishing these wild waters lies in the simplicity of the fishing, for example the above mentioned attractants can be bought at any supermarket and will cost less than any glug on the market.

Yes it counts for fishing big venues as well when your time is limited. Upon arrival you will most likely be setting up camp and doing lines in the dark, and if you have not had a run by day break you should start looking for fish. If you do not see any signs of fish on your direct spot but notice that they are crashing 300 -600meters down the bank or in the far corner, then you will need to move to where they are instead of wasting the precious time you have waiting for them to maybe pass over your little baited area which may take up to days given the vast area of water which is available to be covered by the fish. I can’t stress this enough – when you don’t have much time available go and hunt the fish, don’t wait for them to come to you.

Bait up when you find the fish

Once you have found the fish and see them crashing in front of you, don’t proceed to bait up with kilos and kilos of bait. This will only prolong the time period until you get a run, but rather bait up a small attractive trap where you know fish are. You want them to get onto your hookbait as quickly as possible in order to land as many fish as you possibly can in the short amount of time available.

I guess that it comes down to the amount of effort you are willing to put in. The ratio is easy: the less time you have available on the bank the more effort it is going to require in order for you to still catch a fish or two. You will be required to put in the effort to pop down to your local venue and pre-bait, you will be required to be mobile in order to go and hunt fish rather than wait for them to come to you, and if you put in the effort of travelling after work on Friday afternoon and fishing tight to where fish are, I have no doubt that you will nail a couple of fat carp in the short amount of time you have available.

Rather be safe than sorry

Rather be safe than sorry 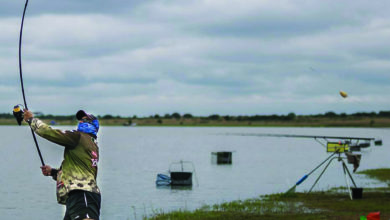 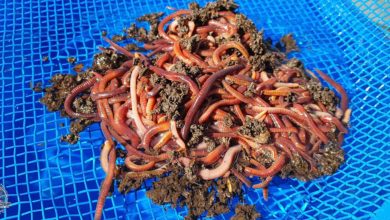 Technicalities Of Feeder Fishing Part 17: Chopped worms for when all else fails! 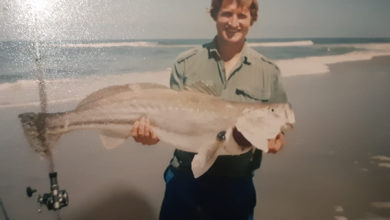 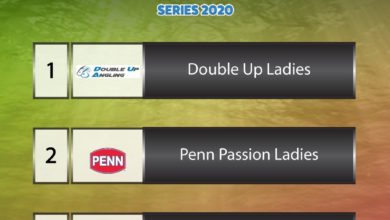 KEEP FISHING ALIVE: If you like our work support For Anglers’ journalism with a digital membership!   Signup from only R49pm.

Support us by turning off your Adblocker.

Advertising funds all the free content we are able to share. Consider turning your adblocker off to enjoy all the great FREE tips, advice and videos we have to offer.